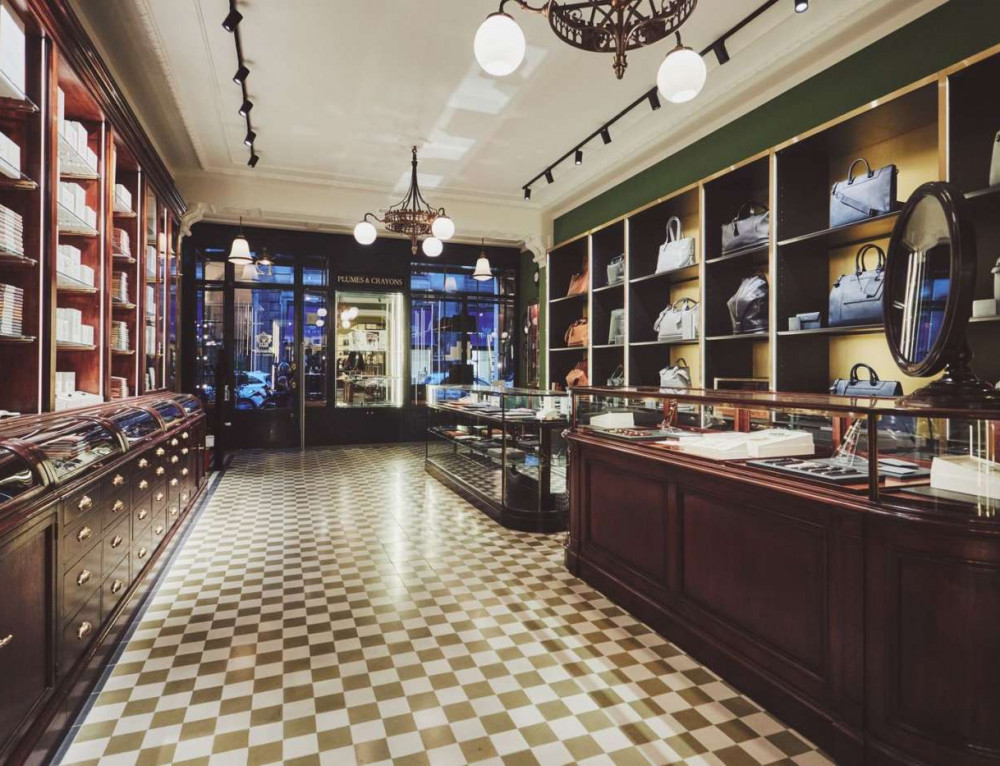 Just by entering one of the PINEIDER stores you can experience the art of engraving on paper and leather, get ideas from a calligraphy course, choose your own ink or create a custom-made product, absolutely unique, together with Pineider’s master craftsmen.

This is the flagship store of Pineider, a Florentine brand founded in 1774 and synonymous with excellence and craftsmanship in paper, writing instruments and leather goods.  Here you will find refined and exclusive stationery, business and greeting cards, wedding invitations and precious pens (ballpoint pens, fountain pens, rollerball pens). As well as a wide range of classic and contemporary leather goods, such as the practical and compact « 360 Essential » underarm bag (1,130 euros). In the store’s lounge area, you can also, with the advice of expert staff, have personalized products made, take a calligraphy course or participate in one of the many micro-events dedicated to music, literature, art and photography.

« What is drawing? How do you get there? It’s the act of opening a path, a way through an invisible iron wall that seems to lie between what you feel and what you can, » incentive Van Gogh.

« The art of drawing is still fundamentally the same since prehistoric times. It unites man and the world. It lives through magic. » — Keith Haring.

Paper is the instrument of reading, creation, reflection and understanding. With paper we are invited, filed, reported, loved, hated… On paper we take notes, write poems, write our thoughts, on paper we sign… We touch it, we leaf through it, we smell it, we look at it.

Antonio Marras’ meeting with Pineider, the historic brand specialized in the production of fine paper, founded in Florence in 1774, was therefore almost inevitable. Antonio Marras’ story is told on tiptoe at the Pineider headquarters in Via Manzoni in Milan, the former site of the first LaFeltrinelli bookstore, overlooking the courtyard of Museo Poldi Pezzoli.

The methods and styles with which Antonio Marras confronts the thought of painting are not those of the painter who describes his object by inserting it into its context because he considers it complete and unfinished, that is, dead. The perspective of Antonio Marras is rather that of someone who sees in painting « not a completed fact but an act » (as Gilles Deleuze would say), which can be approached only with the pretension of extending its life line.

The works that make up this series of identity cards, as he baptized them, show an unusual atmosphere: images almost hidden among the elements of space, and trying to see them you improvise a light step that tries not to break the silence. In reality, the one that Antonio Marras has traced on the papers stuck between the doors, the shelves, the showcases, is a thought capable of liberating itself from presuppositions, adjectives, opinions, clichés, a thought that has the courage of obsessions.

Recovered pieces of paper, old invitation cards, wedding partitions, book backs, pages of old volumes, prints of fragments of sculptures, and on all of them appears the semblance of a being that seeks us, that shows itself, that appears from the accumulation of memories. Almost only shadows. Silent memories attracted by any limit, crossing the various territories of art, both in a geographical and temporal sense.

We know that Antonio Marras crosses all limits, and creates situations in which the work remains silent, as if the language contrasted with the context, a form of deep and very attractive untranslatability, as if suspecting a foreign lover whose language is unknown to us but whose gestures capture a vision of continuity and constitute a complexity of meanings that suggest a sense beyond the vision. Those of Antonio Marras are fleeting images, images that Marras tries to keep together through diagrams and notes and sketches: 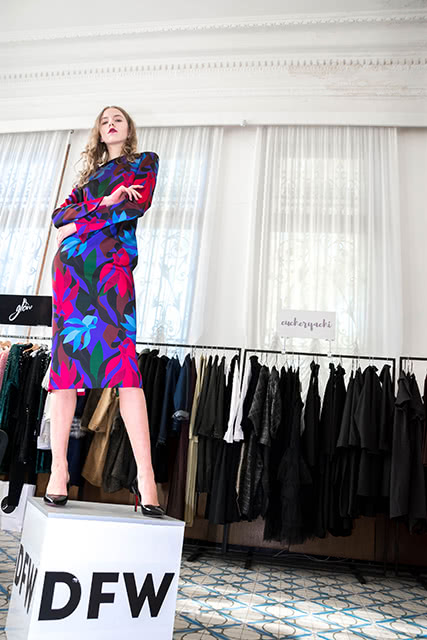 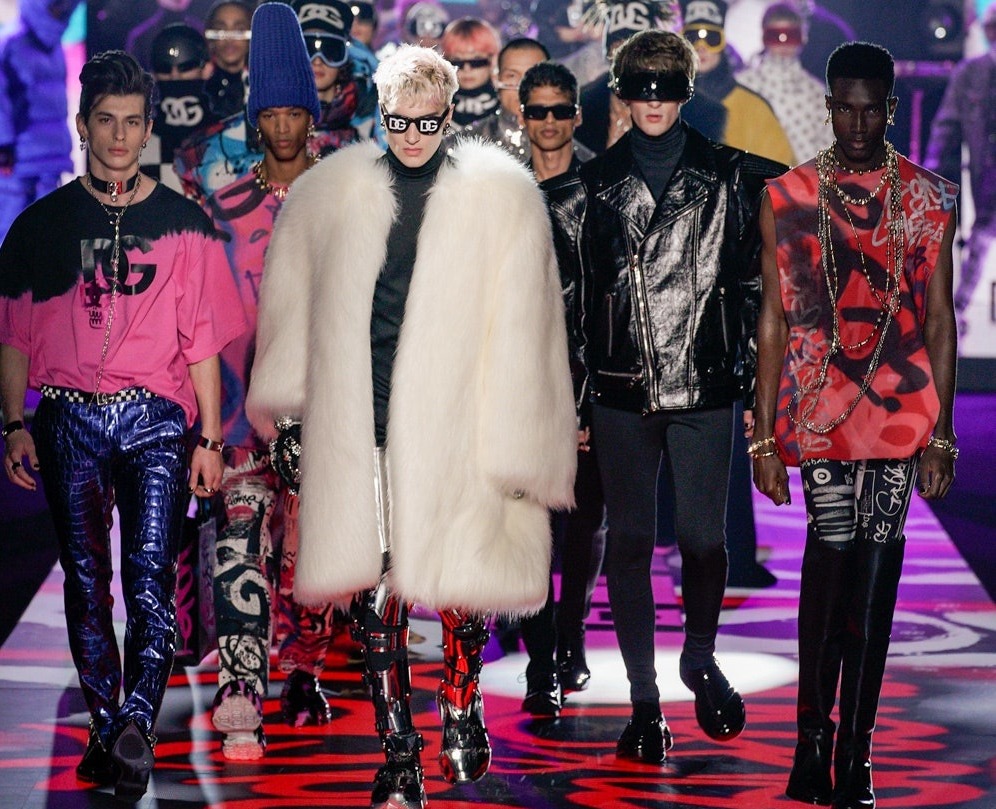