According to an article of the « Fashionating World » of January 15, 2019: « Year 2019 promises to be that of change in the world of men’s fashion. Events like high-profile label hookups, industry shakeups, and a focus on sustainability will rattle the Richter scale for menswear for the next 12 months with several brands igniting trends, change and quite probably a purchase or two. »

Christopher Raeburn plans to take over the reins of American lifestyle brand Timberland. The designer, with a strong focus on eco-friendly production and purposeful design, will incorporate bleeding edge materials and a utilitarian design that has a streetwear tinge into the brand’s offerings to offer wearable clothes.

Marking the dawn of a new era in menswear, Louis Vuitton appointed Off-White founder Virgil Abloh as its art director last year. Abloh’s debut collection shook up the fashion status quo, not just in terms of design but also with its efforts to normalise diversity within the industry. This year promises to be a defining one for two of these biggest names in the fashion world.

The sneaker, introduced by Fila last summer, appealed to both sexes and was easily picked up on the high the retro Italian sportswear label, which is now based in the South Korea. The brand formed several collaborations in 2018, from Fendi to Weekday via Liam Hodges. It now plans to form associations with MVP sportswear, Killer, Champion or Kappa, etc.

The release of the Yeezy Boost 350 back in 2015 gave rise to a new era of sneaker design at Adidas and other brands. It popularized the use of oversized sole units, knitted uppers, sock-like fits and uncaged lacing systems. In 2019 Nike’s Air Fear Of God 1 collection will introduce new silhouettes from the Swoosh.

Designer Stella McCartney, was once ostracized by her contemporaries for her unfaltering commitment to sustainable fashion. She recently introduced a vegan Stan Smith sneaker in collaboration with Adidas. Now, the same people who once scoffed are being forced to follow suit, making McCartney look like one of the most important designers of 2019 and beyond. 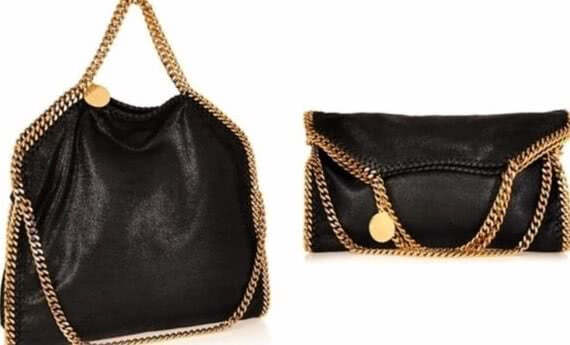 Serac is set to shake up outerwear in 2019. The label will bridge the gap between fashion and functionality by utilizing a British Millerain shell fabric, which is the world’s first fully-washable and waterproof 3L waxed cotton. This groundbreaking material is highly technical, yet ages and weathers like leather, making each garment unique to its wearer.

In 2018, Spanish retail juggernaut Zara came under scrutiny, for contributing to world textile pollution through its fast-fashion offerings. The brand has now pledged to stop sending all of its unused textiles to landfill by 2020. Its market-leading position enables it to introduce world-changing reforms in fashion and retail. 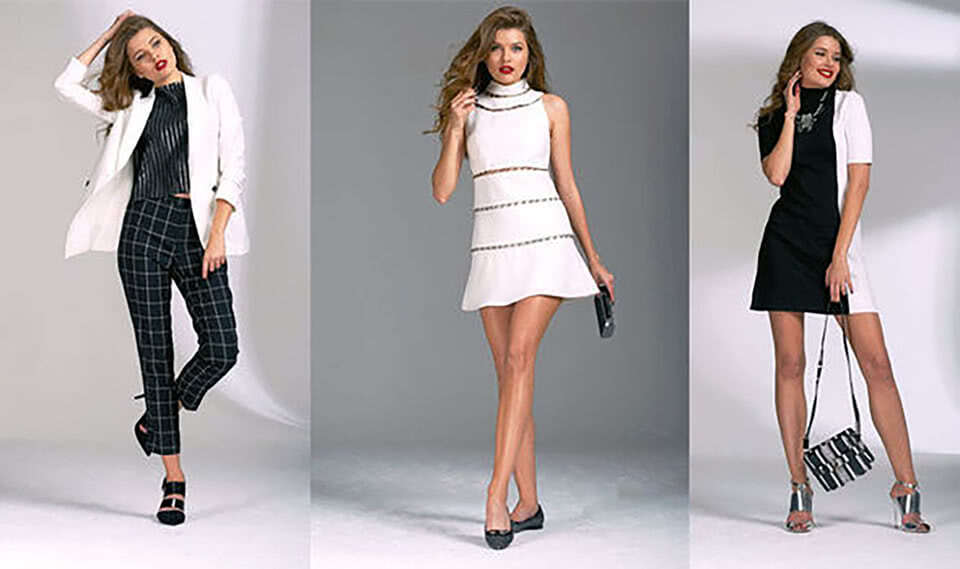 After two years of launching a new luxury line, Raf Simons quit as the chief creative officer at Calvin Klein in late December 2018. Questions like who like replace him and future of the brand’s 205W39NYC collection continues to haunt the brand and the industry.

Kicking off with a stellar presentation at London Fashion Week Men’s, Barbour recently introduced a limited-edition line of hero jackets inspired by its extensive archives, alongside a collaboration – the Director’s jacket – with fellow north-east legend Sir Ridley Scott.