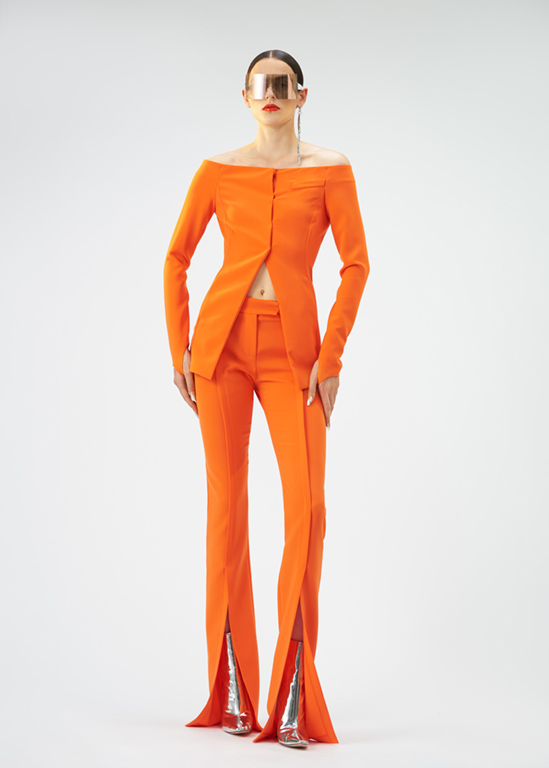 A delicate interplay between female sensuality and contemporary aesthetics: in ACT II — BODY REBIRTH Alessandro Vigilante places the body at centre stage, animated by its needs and desires.

Sinuous, performing, alien. With an almost spiritual harmony, he transforms his most powerful instincts into an alternative, free world, stripped of the superfluous. And suggests things that were previously unthinkable.

The theatrics of dance are no longer an external gesture, but are a reflection of the more intimate nature of the performance: an alien moving through a sun-drenched landscape, traversing wide spaces and avant-garde architecture.

It is the début of a new tribe that transcends the ethos of a time when anything is possible. The future is the unrestrained pleasure of triggering the senses, caught between sophisticated allure and enveloping sensuality, of every ethnicity, gender and age.

The pace is slow, expansive, liberated and balanced: that of kindred spirits.

For the fashion show ACT II — BODY REBIRTH SS 2022, Alessandro Vigilante brings to the stage the dance of the new codes of elegance. The result is a unique performance that in the not too distant past could only have been imagined: a kind of luxurious minimalism, a mix of sobriety and fanciful precision, of clean but sinuous lines, of black, sharp and alien silhouettes, and of multi-coloured wet-skinned dancers, but also of enveloping lights on sculpted figures. The narrative of another long-desired world, directed by the versatile and eclectic Emanuele Cristofoli aka Laccio, who has revolutionised the world of dance and unconventional entertainment: a journey through choreographic research and highly scenographic forms, which owes its expressive power to the collaboration with the talented Jacopo Ricci, one of the best known lighting designers, a creative master of lights and special effects.

Passion, craftsmanship and audacity shape the course of Alessandro Vigilante, born in 1982, originally from Puglia, in a constant interweaving of fashion and dance, the quintessence of his inspiration and expressive language. After high school, he turned his passion for dance into a profession, becoming a professional dancer. During these years, he continued his training in contemporary dance, studying a variety of techniques, including those of the revolutionary Merce Cunningham, and approaching the concepts of deconstruction, stasis and movement, which he later translated into his collections.

During these years, he discovered the dance theatre of Pina Bausch, an icon of art and style, who taught him to observe and admire the humanity and emotionality of the body. His transition to fashion, without ever abandoning dance, in 2003 saw him devote just as much effort to his studies at the IED in Milan, which culminated in him winning the two competitions My Own Way and My Own Show sponsored by Vogue Italia.

After his Milan début show, as one of the young up-and-coming designers selected by Franca Sozzani, Alessandro Vigilante concentrated on fashion design, working for 7 years at Dolce & Gabbana, then in Rome, at Gucci, alongside Alessandro Michele, and finally again in Milan with the Philosophy di Lorenzo Serafini project. This extremely intense and gratifying career development inspired his desire to express his own personal vision of style and femininity with the launch of the ALESSANDRO VIGILANTE brand, introduced by the ACT I Collection. 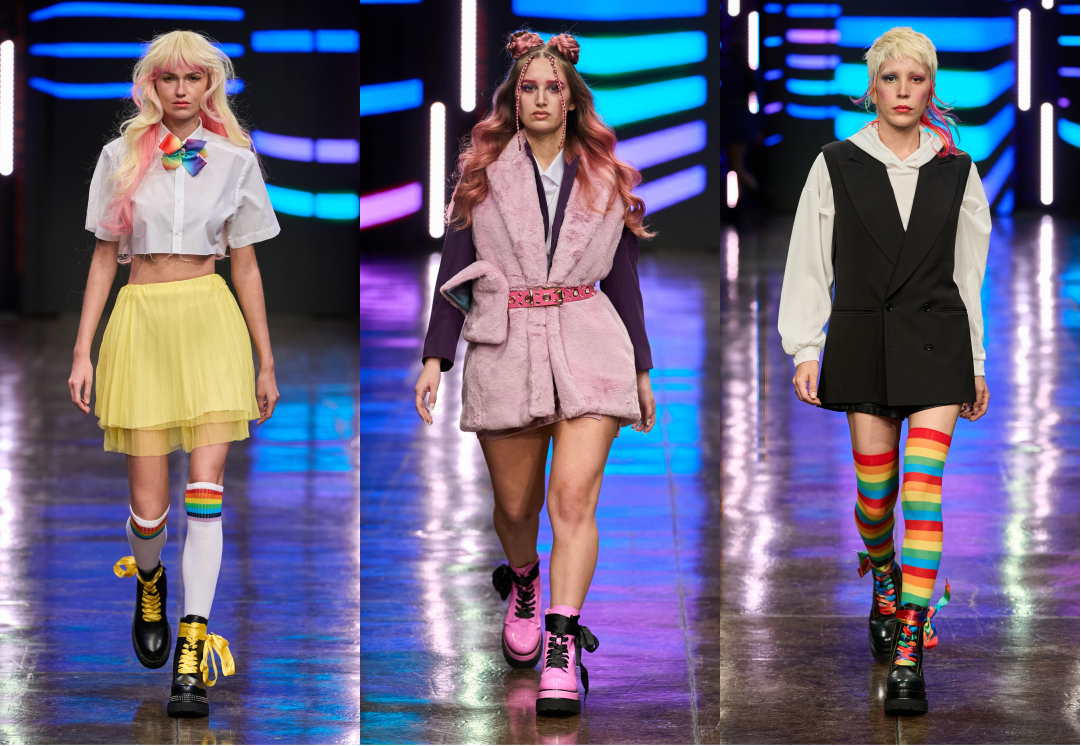 TOP GLOBAL DOLL BRANDS
L.O.L. Surprise!™ AND Rainbow High™
MADE THEIR HIGHFASHION DEBUT ON THE RUNWAY DURING MILANO MODA DONNA